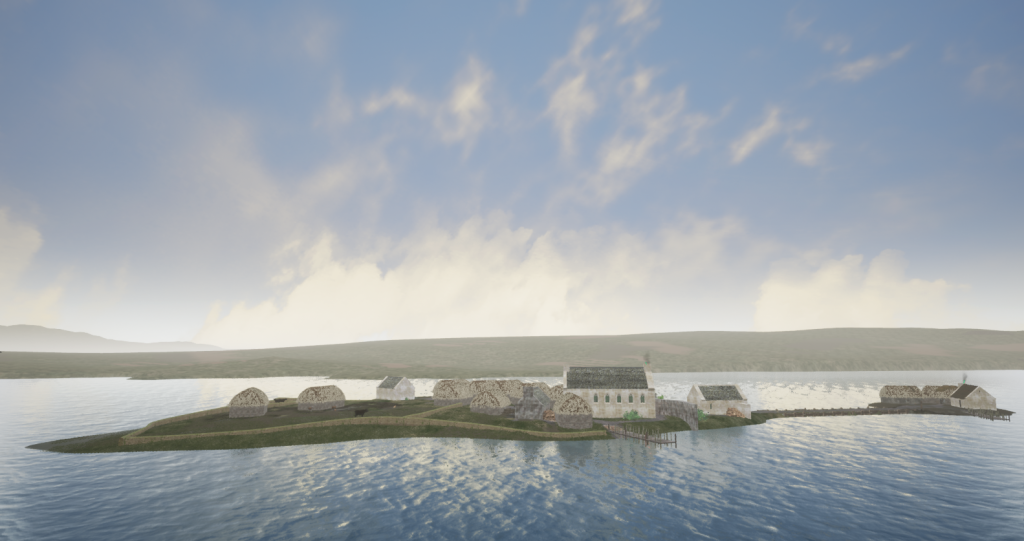 The School of Computer Science’s Open Virtual Worlds team has created a digital reconstruction of the medieval home of the Lords of the Isles at Finlaggan on Islay. The new reconstruction will form part of a virtual reality exhibit at the Finlaggan Trust Visitor Centre. A preview can be seen on Vimeo.

Today, Finlaggan seems a peaceful backwater. Yet, in the Middle Ages it was a major power base. The two islands of Eilean Mor (or Large Isle) and Eilean na Comhairle (or Council Isle) on Loch Finlaggan were once the ceremonial and political heart of the Lordship of the Isles – which covered the Hebrides and parts of mainland Scotland and Ulster.

Traditionally the Lordship was held by the MacDonald family. However, following disputes in the fifteenth century the Scottish kings sought to curtail the MacDonalds’ influence, and in the 1490s James IV sent a military expedition to sack Finlaggan. Many of the buildings at Finlaggan were destroyed at this time, and over the centuries that followed the site sank into relative obscurity.

The reconstruction by the Open Virtual Worlds team (and its spin-out company Smart History) shows Finlaggan as it may have appeared in the fifteenth century. It is based on discoveries made by the Finlaggan Archaeological Project, led by archaeologist Dr David Caldwell (formerly of the National Museum of Scotland), who provided advice to the St Andrews researchers.

Discover more about the Finlaggan Trust and how to visit this historic place at: finlaggan.org/ 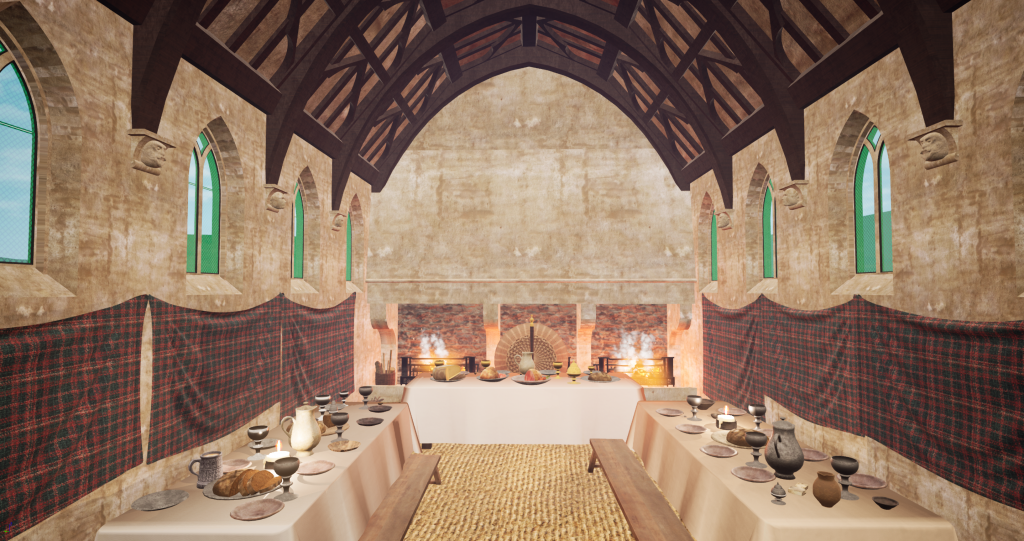