A group of alumni who studied in the school over 20 years ago (graduating classes of 1994, 1995 and 1996) organised an informal reunion last month. During their stay in town they organised a visit to the school, where they sampled the school coffee, acquired a coveted CS mug and reminisced around the photo boards. The group were given an overview of the present day Computer Science at St Andrews and proceeded on a tour of the department with current Head of School, Simon Dobson, Professor Emeritus, Ron Morrison and Dave Munro. 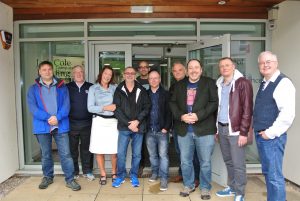 Congratulations to the Masters Class of 2015, and PhD students Dr Luke Hutton and Dr Chris Schneider who graduated on Monday. Dr Chonlatee Khorakhun graduated in absentia.

Students were invited to a reception in the school to celebrate their achievement with staff, friends and family. Our graduates have moved on to a wide variety of interesting and challenging employment and further study opportunities, and we wish them all well with their future careers.

Congratulations to our recent graduate Aleksejs Sazonovs who accomplished overall winner in the 2015 Undergraduate Awards for Computer Science yesterday. His Winning Paper: ‘A Metapopulation Model for Predicting the Success of Genetic Control Measures for Malaria’ supervised by Prof. Simon Dobson and Prof. Oscar Gaggiotti, was assessed by panels of international academics and will be published in The Undergraduate Awards Academic Journal. Overall winners are invited to the UA Global Summit, a four-day networking and brainstorming event which brings the world’s top students together for a series of inspirational lectures, workshops and discussions. We look forward to hearing more about the event from Aleksejs in November. Read more about the project in our highly commended post. Congratulations to the Masters Class of 2014, and PhD students Dr Lakshitha De Silva and Dr Iain Parris who graduated today. The School also celebrated the installation of Professor Ian Miguel.
Students were invited to a reception in the school to celebrate their achievement with staff, friends and family. Our graduates have moved on to a wide variety of interesting and challenging employment and further study opportunities, and we wish them all well with their future careers.

AetherWorks sponsored the St Andrews programming competition earlier this year. Further testament to the quality of our graduates, Lewis Headden and Isabel Peters have joined the successful start-up. We wish them all continued success as they near product delivery.

Congratulations to St Andrews student Simone Ivan Conte, who has been selected as one of the four finalists in the Young Software Engineer of the Year Award 2014.

this work demonstrates a lot of ingenuity and has a large potential impact. The Young Software Engineer of the Year Awards are given for the best undergraduate software projects completed by students studying computer science and software engineering in Scotland.

Simone graduated in Computer Science from St Andrews earlier this year and is currently working for Adobe on a summer internship. In September he will start his doctoral studies, funded by Adobe, with Professor Alan Dearle at St Andrews.

The winners of this year’s award will be revealed on 2nd October 2014! Fingers crossed.

School President James Anderson and Careers Adviser Ben Carter invited recent graduates Matt Hailey, Ali Scott, Craig Garrigan and Steve Lowson back to the School yesterday to share their experience of working in the real world since graduating, with our final year students.

Find out more about using your Computer Science degree and read student case studies on the careers website. Thanks to all for a great afternoon. Yes, cakes were consumed. Clockwise from top left:
Steve, Ali and Craig prepare to give their talk.
Matt and Ali reminisce in the coffee area.
James, Craig, Stephen, Ben, Ali and Matt joined our final year students for cake and questions.

Three of our alumni Andrew McCarthy, Adam Copp and James Smith, dropped by to say hello last week. They were visiting the University to represent Google at the Tech Talk by Google engineers held in the University Gateway Building.

Many will remember Adam, now a software engineer working at Google in London, as the IT and Computer Science Undergraduate of the Year in 2011. The award, sponsored by BT, was launched to find Britain’s most promising IT student securing him a summer placement at BT’s Research and Development site and a week at a BT European office.

It’s always fantastic to see our alumni and we wish them continued success at Google. After a year of hard work our MSc students 2011/12 finished their dissertations in August. Graduation on Friday gave them time to reflect on their MSc experience. Here’s what they said. 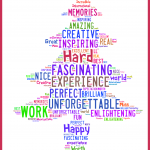 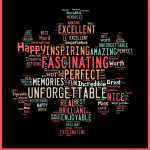 Congratulations to Hassan and Ali Khajeh-Hosseini on their ShopForCloud business, which has just been sold to RightScale.
Ali worked as a software engineering intern at RightScale while studying for his PhD in computer science. Read more in Scotsman business article and on the ShopForCloud Blog.