Gala’s project, Leap Up: The Keyboard Renaissance, set out to to make keyboard interaction faster and less complicated and involved creating a hardware prototype, using software to ensure optimal sensor performance and implemented a large gesture set for use within the system prototype. The final year project was supervised by Professor Aaron Quigley. 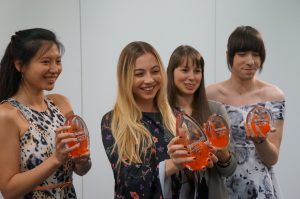 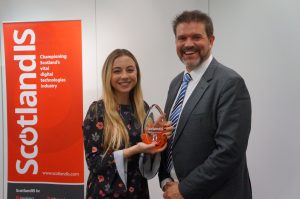 Judged against the level of innovation planning & organisation, technical difficulty, commercial and/or social relevance, quality of engineering quality of presentation and level of knowledge & previous research, Judges considered Gala’s project to be exceptional.

As overall winner, Gala received a cheque for £2500 from Sopra Steria, and a trophy from ScotlandIS.

Read more about the awards at FutureScot: Women sweep the board at Scottish software engineering awards