The Young Software Engineer of the Year accolades are awarded to the best undergraduate software projects from students studying computer science and software engineering in Scotland. 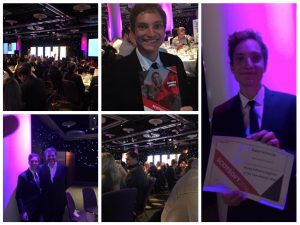 The awards were announced at the closing event of ScotSoft, Scotland’s leading tech conference at the Edinburgh International Conference Centre.