The School of Computer Science will host a graduation reception at Beacons Bar in the students Union on Wednesday 15th June between 10:00 – 13.00.

Graduating students and their guests are invited to come along and celebrate with a glass of bubbly.

Computer Science degrees will be conferred in an afternoon ceremony in the Younger Hall. Family and friends who can’t make it on the day can watch a live broadcast of graduation. 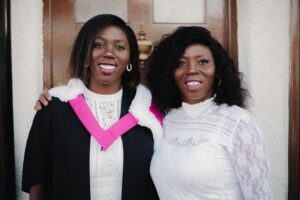 *STV has committed to provide a further ten students with RTS/STV bursary in the 2020/21 academic year.*

Considering a career in the broadcasting industry? Our students have successfuly secured Royal Television Society technology bursaries in 2019 and in previous years. The venture is intended to address a skills gap and attract some talented young people from top computer science or engineering courses to consider a career in television. Further details of the scheme can be found here: https://rts.org.uk/education-and-training-pages/bursaries

The RTS Bursary Scheme submission window opened on the 1st of February 2020 and will close on the 30th of June 2020. 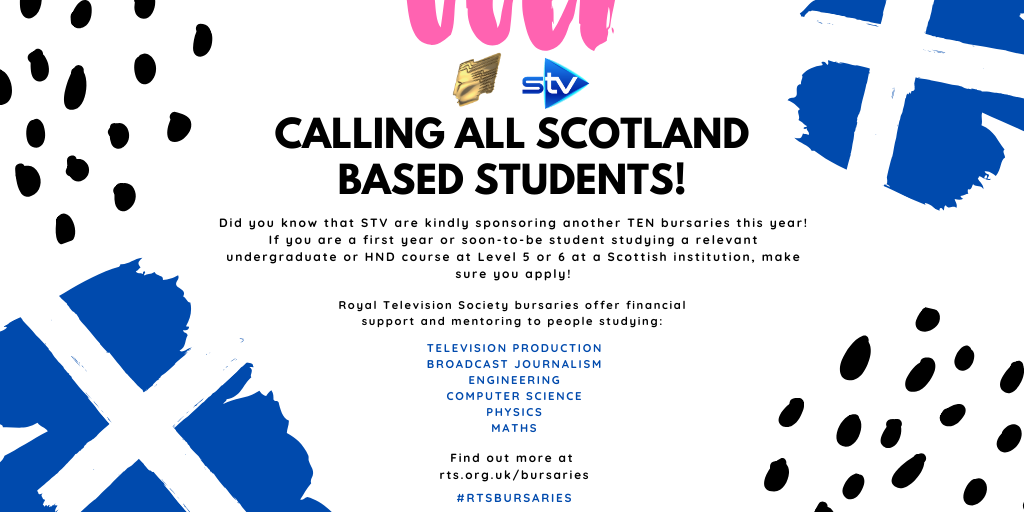 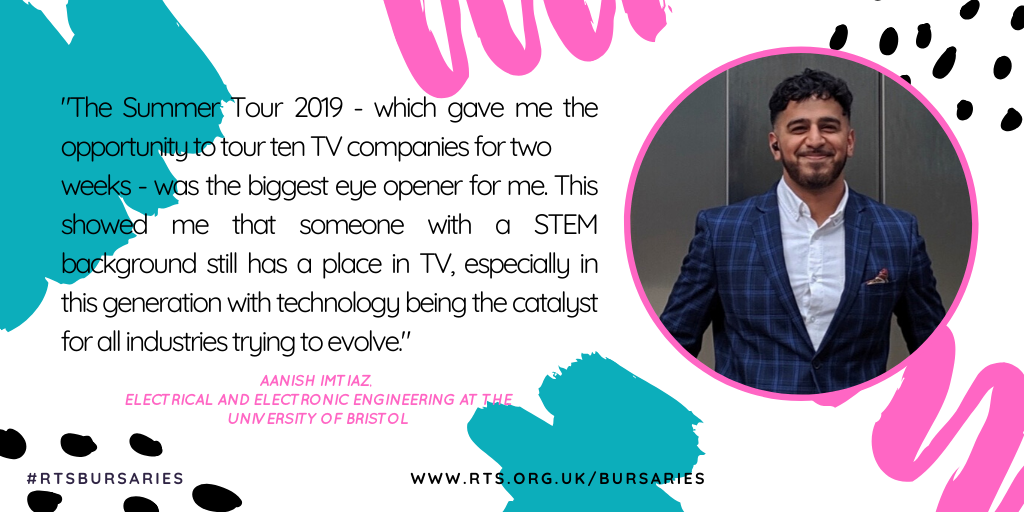 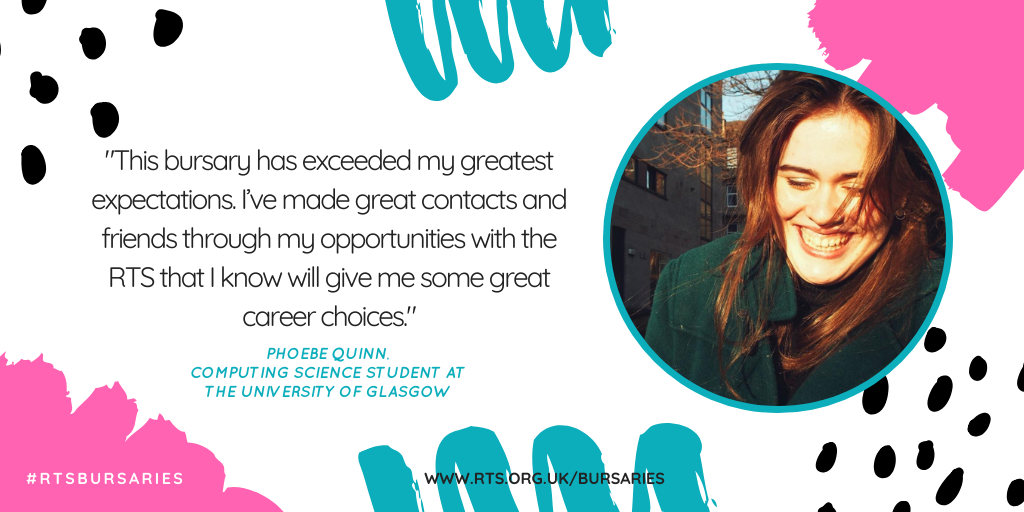 Bursary recipients attend a summer tour of the industry, a financial award per year towards their studies, membership of the Royal Television Society and mentoring opportunities within their final year of study. Recipients are selected by a panel of industry professionals following an open call to UK students applying for courses at accredited colleges and universities.

Research carried out by Charlie Blake and Ian Gent to compute the approximate odds of winning any version of solitaire featured in New Scientist last week (print edition November 23rd ). Ian emphasised the calibre of research carried out by our undergraduate students and his early interaction with card games.

“This research has been hugely satisfying to me because my mother taught me games like King Albert as a child and I loved to play them with her. Now I know for the first time the chance of winning that game is about 68.5%.

It is wonderful to see work which started as an undergraduate student project feature in the New Scientist. This obviously reflects Charlie’s fantastic programming that he did. But it also shows the research-level quality work that undergraduate students can do as part of their studies in St Andrews.”

The School of Computer Science will host a graduation reception on Tuesday 3rd December in the Jack Cole building, between 12.00 and 14.00. Graduating students and their guests are invited to the School to celebrate with a glass of bubbly and a cream cake. Computer Science degrees will be conferred in a morning ceremony in the Younger Hall. Family and friends who can’t make it on the day can watch a live broadcast of graduation. Graduation receptions have been held in the school from 2010. 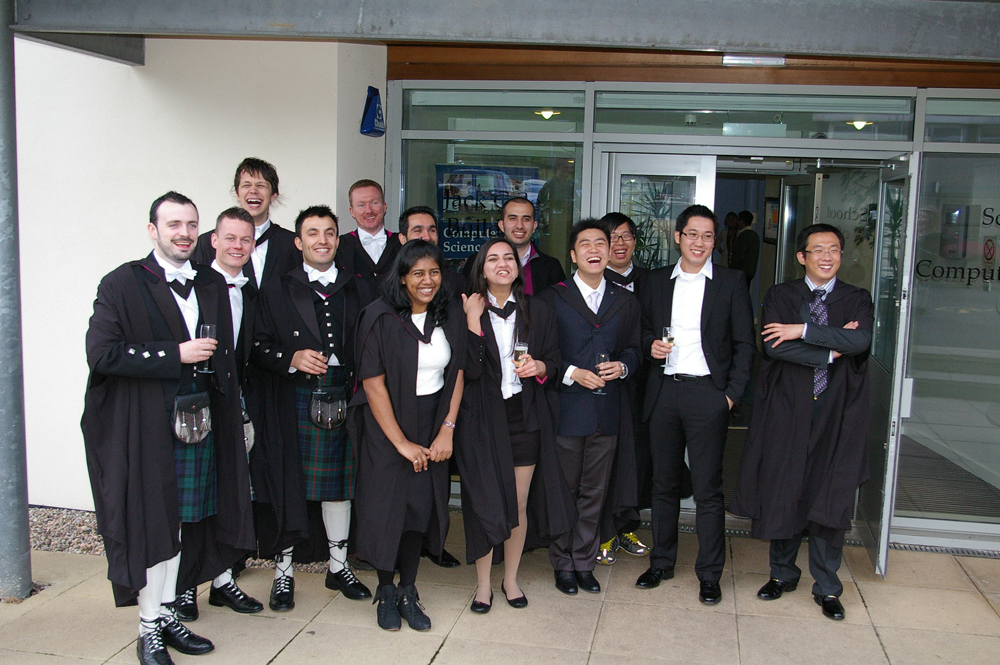 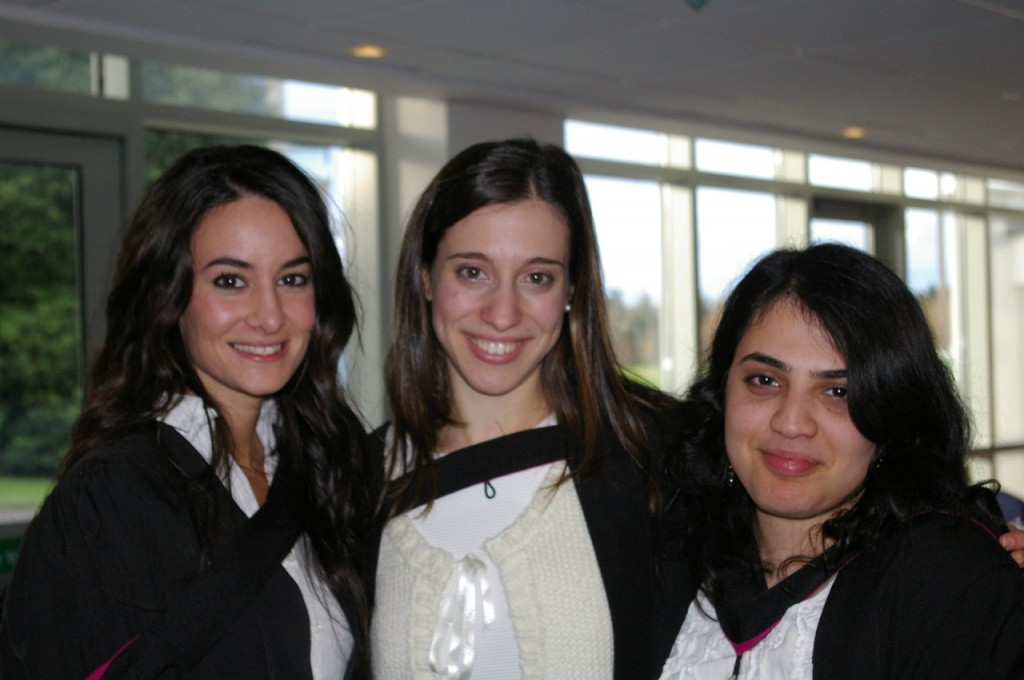 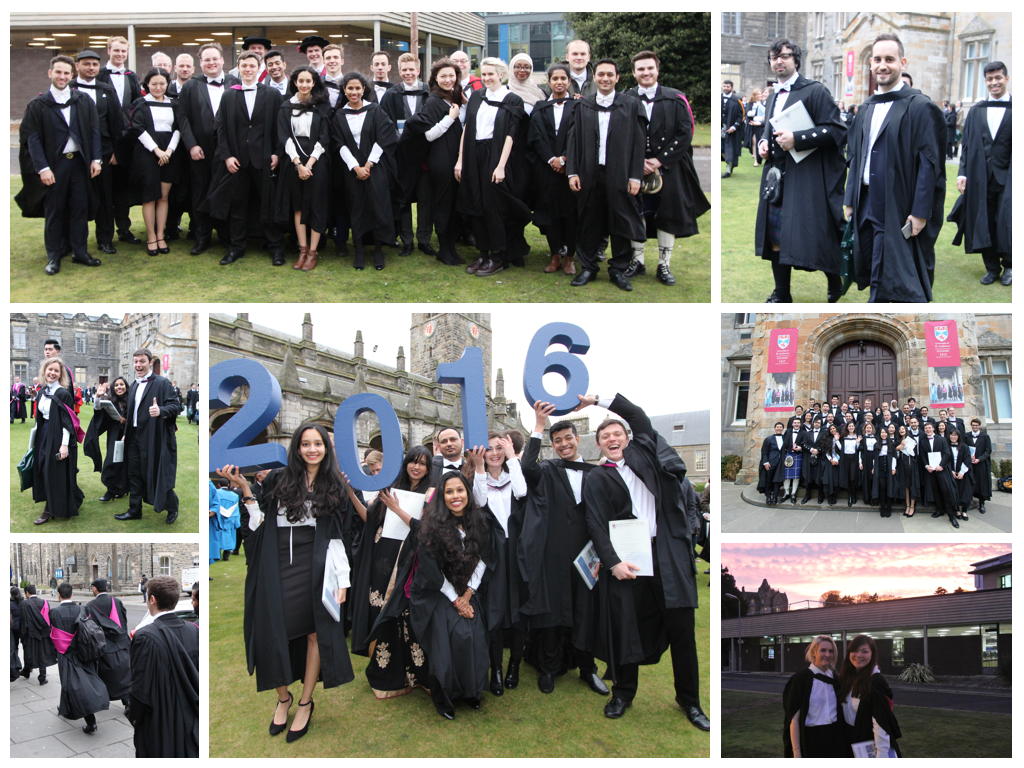 Congratulations to our graduating student Daria, who was awarded the Principal’s medal during this year’s graduation ceremony in recognition of her outstanding achievements. Only two medals were awarded in 2019, one in the sciences, and one in humanities. 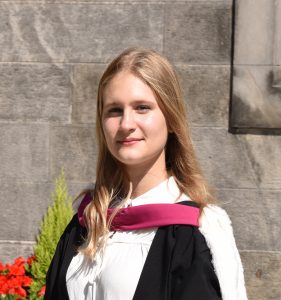 The School of Computer Science will host a graduation reception on Wednesday 26th June, in the Jack Cole building, between 11.00 and 13.00. Graduating students and their guests are invited to the School to celebrate with a glass of bubbly and a cream cake. Computer Science degrees will be conferred in an afternoon ceremony in the Younger Hall. Family and friends who can’t make it on the day can watch a live broadcast of graduation. Graduation receptions have been held in the school from 2010.

A class photo will be taken at 12.00 outside the Jack Cole building. 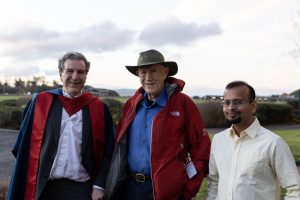 Professor Hewitt’s recent research centers on the area of Inconsistency Robustness, i.e., system performance in the face of continual, pervasive inconsistencies (a shift from the previously dominant paradigms of inconsistency denial and inconsistency elimination, i.e., to sweep inconsistencies under the rug). ActorScript and the Actor Model on which it is based can play an important role in the implementation of more inconsistency-robust information systems. Hewitt is an advocate in the emerging campaign against mandatory installation of backdoors in the Internet of Things.

Hewitt is Board Chair of iRobust™, an international scientific society for the promotion of the field of Inconsistency Robustness. He is also Board Chair of Standard IoT™, an international standards organization for the Internet of Things, which is using the Actor Model to unify and generalize emerging standards for IoT. He has been a Visiting Professor at Stanford University and Keio University and is Emeritus in the EECS department at MIT.

Technology stack for Scalable Intelligent Systems is outlined below:

For example, pain management could greatly benefit from Scalable Intelligent Systems. Complexities of dealing with pain have led to the current opioid crisis. According to Eric Rodgers, PhD., director of the VA’s Office of Evidence Based Practice:

“The use of opioids has changed tremendously since the 1990s, when we first started formulating a plan for guidelines. The concept then was that opioid therapy was an underused strategy for helping our patients and we were trying to get our providers to use this type of therapy more. But as time went on, we became more aware of the harms of opioid therapy and the development of pill mills. The problems got worse.

It’s now become routine for providers to check the state databases to see if there’s multi-sourcing — getting prescriptions from other providers. Providers are also now supposed to use urine drug screenings and, if there are unusual results, to do a confirmation. [For every death from an opioid overdose] there are 10 people who have a problem with opioid use disorder or addiction. And for every addicted person, we have another 10 who are misusing their medication.”

After a busy week of orientation, advising and module talks, MSc and Honours students are pictured socialising during their welcome receptions on Tuesday and Thursday evening last week. The popular and lively events highlight the friendly student community within the School and provide a chance to chat to staff and students before a semester of hard work begins. 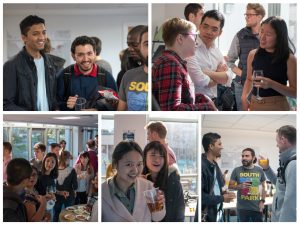 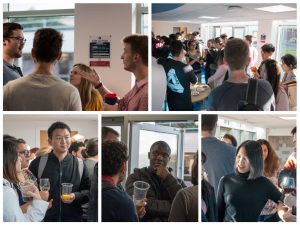 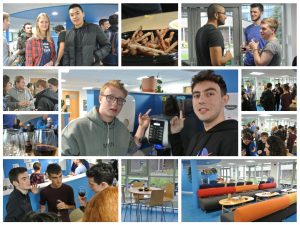 Congratulations to our Senior Honours Class of 2018, MSci Honours students and our PhD students Dr Adam Barwell, Dr Martin McCaffery, Dr Gonzalo Mendez and Dr Long Thai, who graduated last month. Students were invited to a reception in the School prior to the ceremony, to celebrate their achievement with staff, friends and family.

Our graduates will move on to a wide variety of interesting and challenging employment and further study opportunities, and we wish them all well with their future careers. 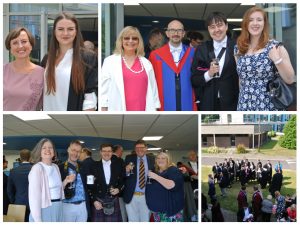 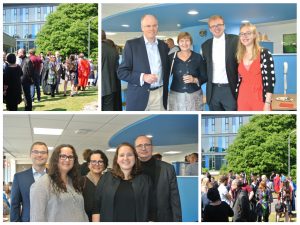 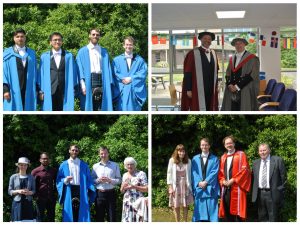 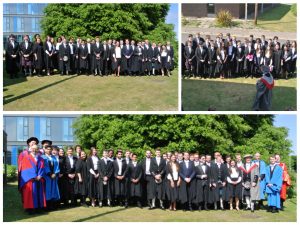 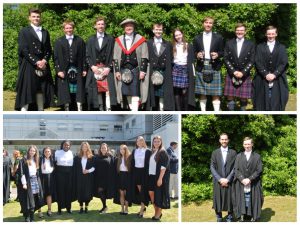 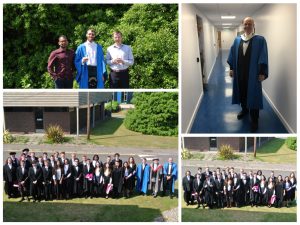