Over the years since we published this research, many people have approached us having solved the n queens puzzle, either for one n like 8 or 1000, or having written an algorithm to solve it for different sizes.  Unfortunately this is not a major result in Computer Science and does not make one eligible to claim the $1M Clay prize. Many have been disappointed by this so we want to clarify why  this is the case.

It is true that work on this problem could potentially result in the award but only if some exceptionally difficult conditions are met.

We are delighted that our work has led so many people to be interested in the problem of solving problems like the n queens puzzle that fascinates us.  But we also apologise for any impression we gave, unintentionally, that a solution to the n queens puzzle could lead to the award of the prize except under the extremely strenuous conditions listed above.

Ian Gent, Christopher Jefferson and Peter Nightingale have shown that a classic chess puzzle is NP-Complete. Their paper “Complexity of n-Queens Completion” was published in the Journal of Artificial Intelligence Research on August 30, 2017.

The n-Queens puzzle is a classic chess problem: given a chessboard of size n by n, can you place n queens so that no two queens attack each other?  That is, can you place the queens with no two queens are on the same row, column, or diagonal? The n-Queens puzzle has long been known to be simple to solve:  you can solve the problem for all n except 2 and 3, and solutions for all other n can be described in a few lines.  This very simplicity has led to repeated

controversy in Artificial Intelligence (AI). The n-Queens puzzle is often used as a benchmark problem, but good results on the problem can always be challenged because the problem is so simple to solve without using AI methods. 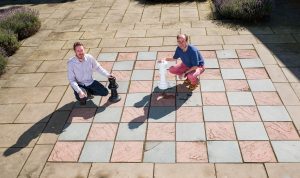