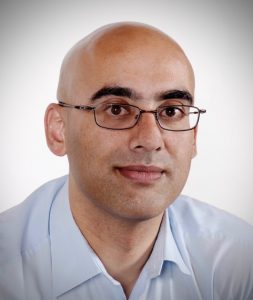 Biography: Dr. Anil Madhavapeddy is a University Lecturer at the Cambridge Computer Laboratory, and a Fellow of Pembroke College where he is Director of Studies for Computer Science. He has worked in industry (NetApp, Citrix, Intel), academia (Cambridge, Imperial, UCLA) and startups (XenSource, Unikernel Systems, Docker) over the past two decades. At Cambridge, he directs the OCaml Labs research group which delves into the intersection of functional programming and systems, and is a maintainer on many open source projects such as OpenBSD, OCaml, Xen and Docker.

Lecture 1: Rebuilding Operating Systems with Functional Principles
The software stacks that we deploy across computing devices in the world are based on shaky foundations. Millions of lines of C code crammed into monolithic operating system kernels, mixed with layers of scheduling logic, wrapped in a hypervisor, and served with a dose of nominal security checking on the side. In this talk, I will describe an alternative approach to constructing reliable, specialised systems with a familiar developer experience. We will use modular functional programming to build several services such as a secure web server that have no reliance on conventional operating systems, and explain how to express their logic in a high level, functional fashion. By the end of it, everyone in the audience should be able to build their own so-called unikernels!

Lecture 2: The First Billion Real Deployments of Unikernels
Unikernels offer a path to a more sane basis for driving applications on hardware, but will they ever be adopted for real? For the past fifteen years, an intrepid group of adventurers have been developing the MirageOS application stack in the OCaml programming language. Along the way, it has been deployed in many unusual industrial situations that I will describe in this talk, starting with the Docker container stack, then moving onto the Xen hypervisor that drives billions of servers worldwide. I will explain the challenges of using functional programming in industry, but also the rewards of seeing successful deployments quietly working in mission-critical areas of systems software.

Lecture 3: Programming the Next Trillion Embedded Devices
The unikernel approach of compiling highly specialised applications from high-level source code is perfectly suited to programming the trillions of embedded devices that are making their way around the world. However, this raises new challenges from a programming language perspective: how can we run on a spectrum of devices from the very tiny (with just kilobytes of RAM) to specialised hardware? I will describe the new frontier of functional metaprogramming (programs which generate more programs) that we are using to compile a single application to many heterogenous devices, and a Git-like model to coordinate across thousands of nodes. I will conclude with by motivating the need for a next-generation operating system to power new exciting applications such as augmented and virtual reality in our situated environments, and remove the need for constant centralised coordination via the Internet.